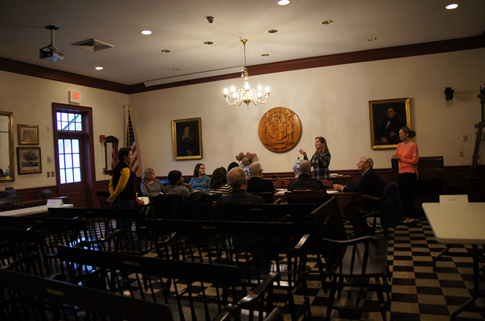 Monday, November 26, 2018
The luck of the draw makes the 26th District in Weston one of 38 around CT for post-election audit.
CT Secretary of the State's Unofficial Numbers:  https://ctemspublic.pcctg.net/#/races
Update:  33rd Senate seat to now be recounted, too.  But eventually, the result stays the same. 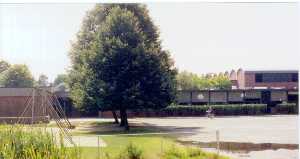 HOW DID WESTON VOTE?  EVERYONE ELSE IN CT?

Sweep of the State-wide offices, U.S. Senate, House for Democrats.

As League watched races specifically for Weston as well as overall: 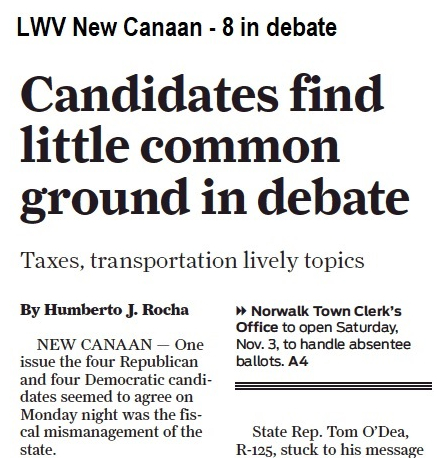 CONGRESS
The LWVCT and neighboring leagues in the 4th District now on YouTube:  https://vimeo.com/297285159 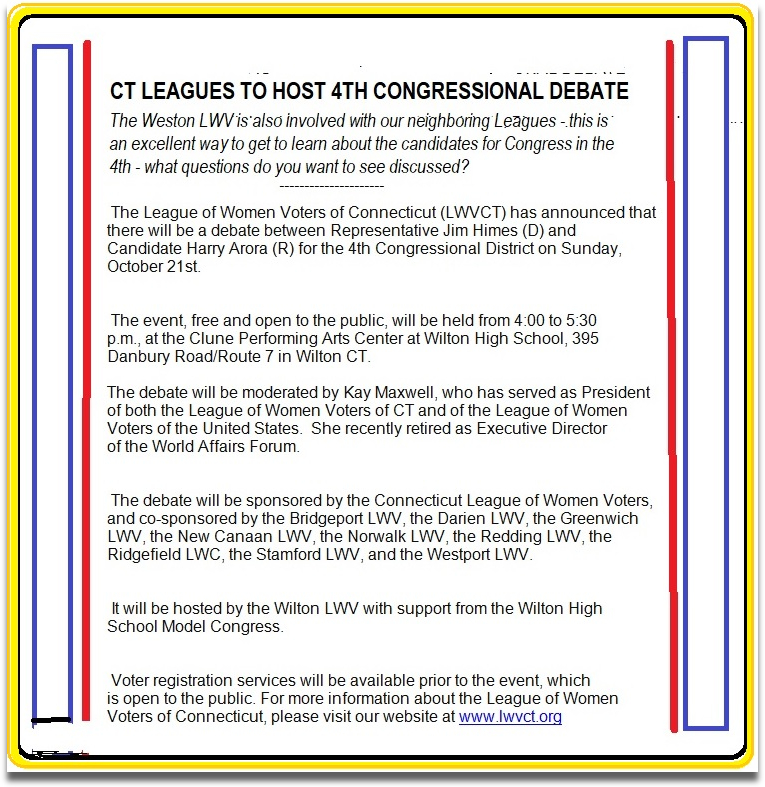 WHAT QUESTIONS WERE ASKED AT THE WESTON LWV'S DEBATE FOR
135th DISTRICT STATE REPRESENTATIVE CANDIDATES?


Fifteen questions were asked, answered by both, rebutted by both, on these subjects:

Then each candidate got 2 minutes for a closing statement...

Note:  The Green Party candidate was also invited but did not attend. 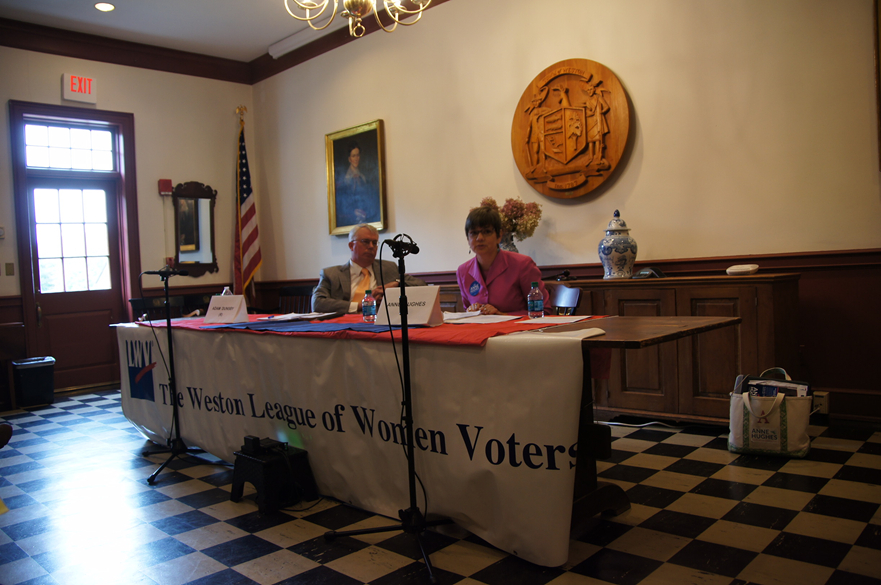 LWV of Weston's 135th DISTRICT CANDIDATE DEBATE (October 13, 2018 at Weston Town Hall Meeting Room).
A video of the entire debate can be seen near the top of this page.  In addition DVD copies will be available at the Weston Public Library
within a few days of the debate, and the video is expected to be broadcast on Town TV Channel 79.

How many candidates for Governor/Lt Gov?
Will the "NO PARTIES TICKET" make the  cut off for being on the ballot?  Yes. 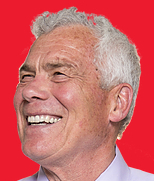 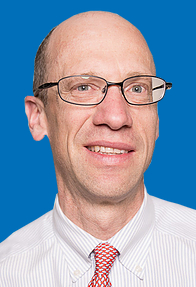 There will be two (2) "Questions" to alter the CT State Constitution on the ballot Nov. 6, 2018:  Not League information - https://ballotpedia.org/Connecticut_2018_ballot_measures


FROM THE SEC'Y OF THE STATE:

Previously...
CT-N LINK FOR ALL PRIMARY DEBATES THEY RECORDED (not all are for Weston voters - we are the 4th Congressional District)

PARTY PRIMARIES OVER:  See Secretary of the State's Calendar for report in full 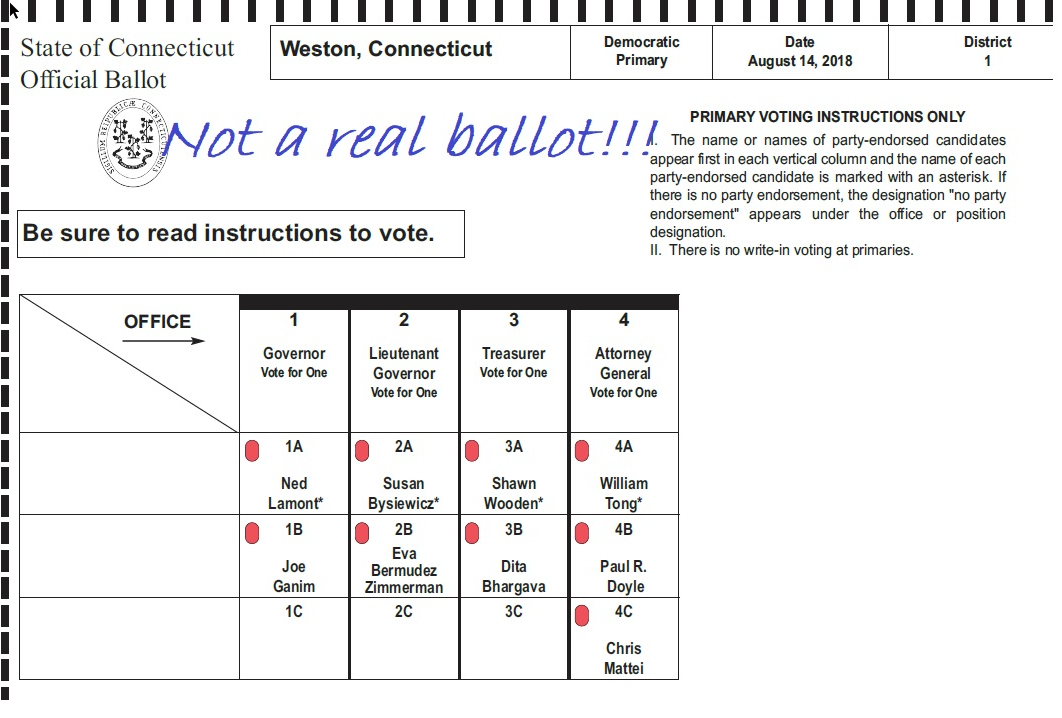 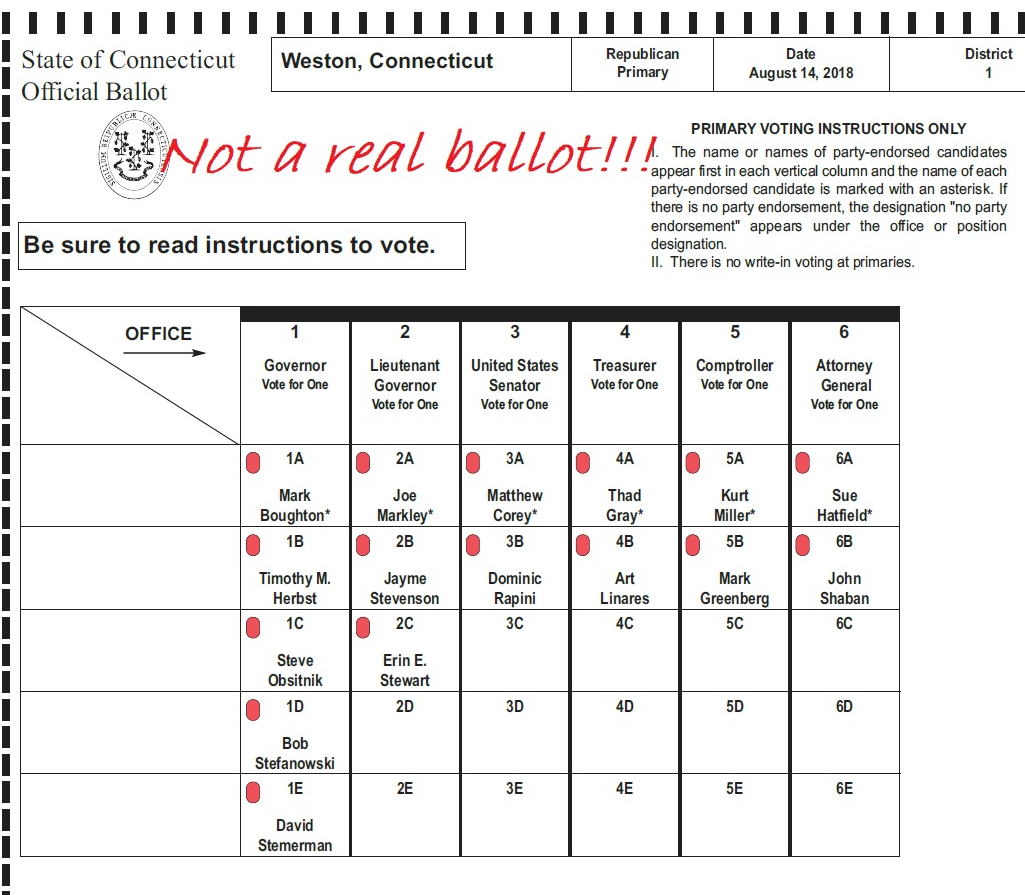 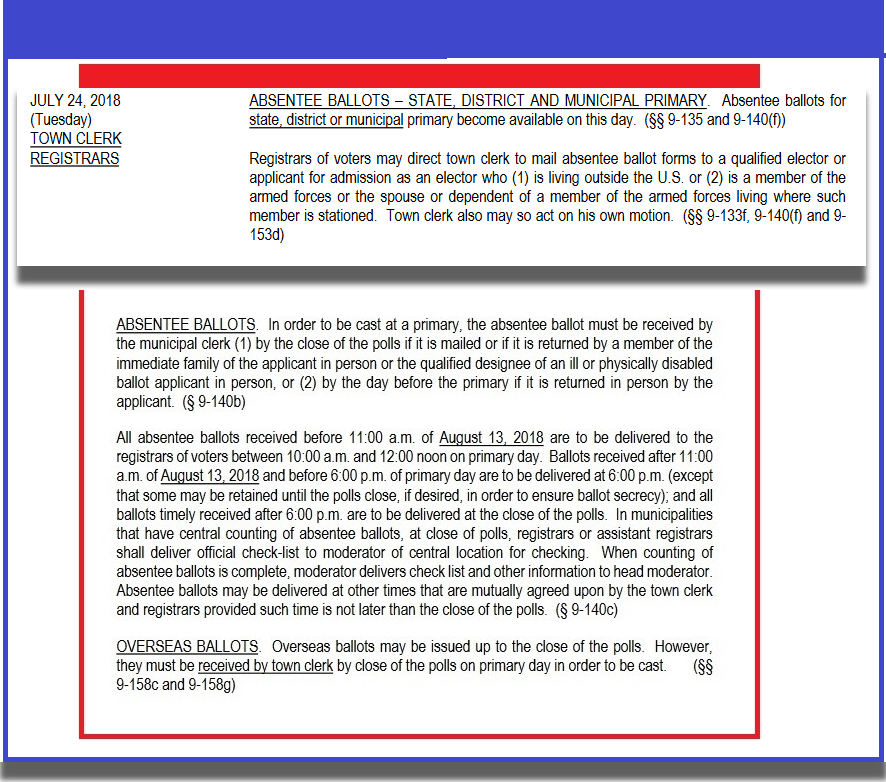